Learn How-To Use A Self Defense Pen 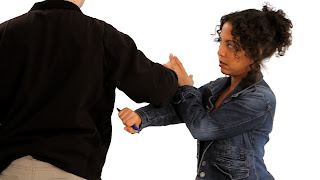 However, before you get one, you will want to know how to use it, as well as what the do's and don'ts are.

With that said, read on to find out more about how-to use a self-defense pen.

How-To Use A Self-Defense Pen

When it comes to using a self defense pen, you simply jab an attacker with it. However, there are two main techniques that people can use, if they want to scare off an attacker or injure them enough so they can escape.

Below are the two techniques that are commonly used.

Believe it or not, you can use the pen like a stick or even like a sword. All you have to 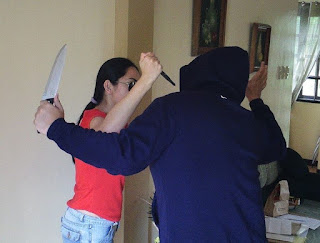 do is take out the self-defense pen and strike the attacker or would-be attacker as hard as you can, and when you strike, strike them as if you are holding a sword or a long stick.

Here's a tip, if you scare the attacker and once they are feeling shocked that you struck them, you should do your best to get away because you don't want to stay and give them a chance to recover.

Another way you can use a self-defense pen is to use it as if it were a knife.

What you want to do is take it out, turn it upside down and then stab the attacker as if you were holding a knife. The strike should cause enough damage to scare the attacker, which will give you time to get away from them.

Just as with the other technique mentioned, you will want to put a lot of force behind the jab because you want to do enough damage so the attacker knows you are not an easy target.

By now you should have a good idea of how to use a pen designed for self-defense.

Let's discuss what the do's and don'ts are.

1. You do want to keep the pen somewhere in an easy-to-reach place because it will not come in handy if it is buried in your backpack or if you just leave it behind at work or at home.

Remember, these pens are designed to look like the real thing. The best places to keep a self-defense pen is in your pockets, shirt pocket or in a briefcase.

The key is to put it anywhere that is easy for you to access the pen.

2. You do want to use a tactical pen in anyway you can, including the two techniques previously discussed.

For example, if the pen has an end that is blunt, then use that end to strike an attacker in a vulnerable spot or control the attacker by twisting the pen into their skin.

Another tip to keep in mind is to use the pen on soft spots or in the rib cage area.

These are only a few examples of how you can use the pen, and if you want to learn more about the different ways, then go to YouTube and find videos of people using self-defense pens.

Also, you want to double tap the attacker when you use the pen because one quick poke with it won't do much, especially if the attacker is serious about causing harm to you.

The best thing to do is to tap the attacker as many times as you can and do it as fast as you can. If you do this repeatedly, and you put force behind each jab or strike, the attacker will likely be phased by it. If you buy a high quality tactical pen, then a few jabs should do the trick.

1. A self-defense pen is powerful but the truth is you should have another weapon on-hand.

If you purchase a poorly made pen, then this could be a disaster waiting to happen.

The best thing is to either have another self-defense product on hand or invest in a very high quality pen.

I personally use and recommend the Strike Pen from ApeSurvival. It's durable, easily affordable, and even comes with a professionally made training guide to show you exactly the best ways that you can save your self with this powerful little tool. Best of all, it's FREE!

Don't think that a  regular pen will do the trick because if you decide to carry around a regular pen and an attacker gets their hands on you, then you will find out quickly that the regular pen wasn't a good self-defense option.

A self-defense pen was made specifically for fighting and defending, which is why they are more durable and rugged than regular pens.

Sure, a regular pen can work as a weapon, but not nearly as good as a tactical one.

Now you know how-to use a self-defense pen. You also know what the do's and don'ts are. If you are interested in getting this type of pen, then purchase one today, but make sure you buy a high quality pen.

Learn How-To Use A Self Defense Pen One of the best self-defense products you can have is a self-defense pen. However, before you get ...